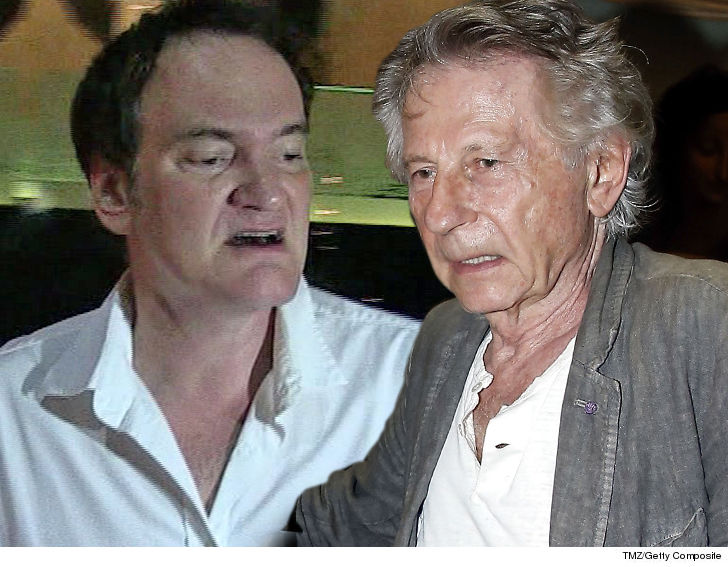 Quentin Tarantino[1] is issuing a mea culpa after old comments he made live on the air about Roman Polanski's child rape victim were met with rage.

Tarantino issued a statement Thursday, apologizing to Polanski's then-13-year-old victim, Samantha Geimer, after a 2003 interview with Howard Stern[2] surfaced, during which he said the sex was "not rape" ... and that Geimer "wanted to have it."

Geimer addressed the controversy Tuesday, saying Tarantino's comments were "wrong" and "I bet he knows it."

In his apology, obtained by Indiewire[3], Tarantino responded, saying he's sorry for his "cavalier remarks." He also explicitly acknowledges Geimer "WAS raped by Roman Polanski" ... adding he "incorrectly played devil's advocate for the sake of being provocative."

Tarantino adds ... "So, Ms. Geimer, I was ignorant, and insensitive, and above all, incorrect. I am sorry Samantha."

i post this clip to memorialize it’s full exposure in the nyt by Maureen Dowd. the circumstances of this event were negligent to the point of criminality. i do not believe though with malicious intent. Quentin Tarantino, was deeply regretful and remains remorseful about this sorry event, and gave me the footage years later so i could expose it and let it see the light of day, regardless of it most likely being an event for which justice will never be possible. he also did so with full knowledge it could cause him personal harm, and i am proud of him for doing the right thing and for his courage. THE COVER UP after the fact is UNFORGIVABLE. for this i hold Lawrence Bender, E. Bennett Walsh, and the notorious Harvey Weinstein solely responsible. they lied, destroyed evidence, and continue to