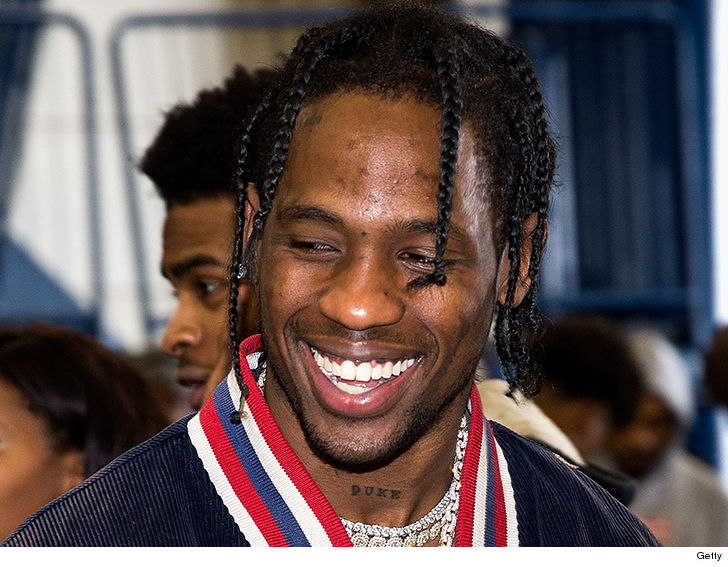 Safe to say Travis Scott[1] is having a GREAT week ... first the birth of his baby girl and now a victory in court.

A clerk at the Rogers District Court in Arkansas tells TMZ ... the rapper's case for inciting a riot is closed after Travis struck a deal, pleading guilty to disorderly conduct. The more serious charges -- endangering the welfare of a minor and inciting a riot -- were tossed.

As we reported ... Travis was arrested at his concert[2] back in May after cops say he encouraged people to rush the stage. Several people were injured, including a cop and security guard.

After his guilty plea and paying some fines, the matter's considered closed. Good ... cause daddy's booked[3] for at least the next 18 years.