DMX Going Back to Jail for Failing Drug Tests

DMX Back to Jail for Failing Drug Tests 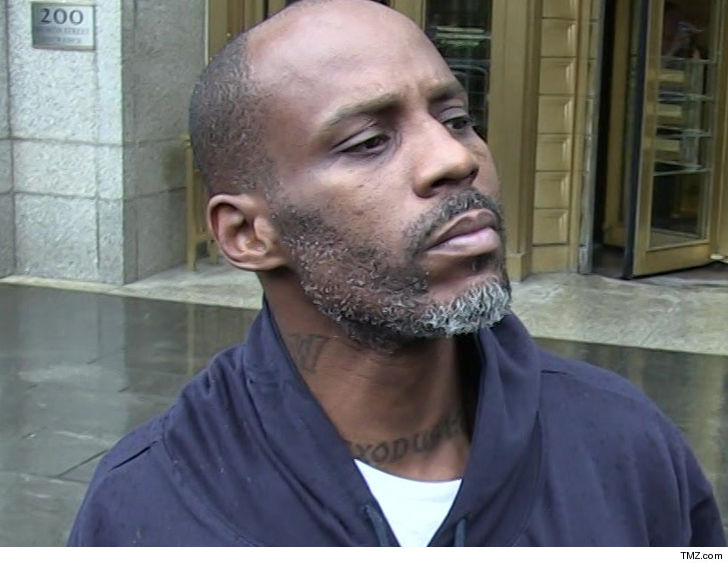 DMX[1] is going back to jail -- he was taken into custody in a Manhattan court Tuesday morning for failing drug tests ... a violation of his probation in his tax evasion case.

We're told the judge ruled X was a flight risk after testing positive for opiates, cocaine and oxycodone.

As we reported ... DMX was supposed to be completing rehab[2] while he was out on bail in his tax evasion case. He'd been given some leeway to travel for performances[3] as of late.

U.S. Attorney Spokesman Nicholas Biase says prosecutors referenced the video TMZ got of DMX last week. Something definitely seemed off as he preached in a St. Louis airport bar[4]. Witnesses said he was drinking and buying shots for other patrons. Boozing is also a probation violation.

DMX's attorney, Murray Richman, told us, "I'm saddened and disappointed. We'll have to deal with it accordingly." He added he'll try to get X back into a rehab program. He's set to be sentenced in March.

The judge said DMX had told a "great big lie" when he agreed to his bail terms.