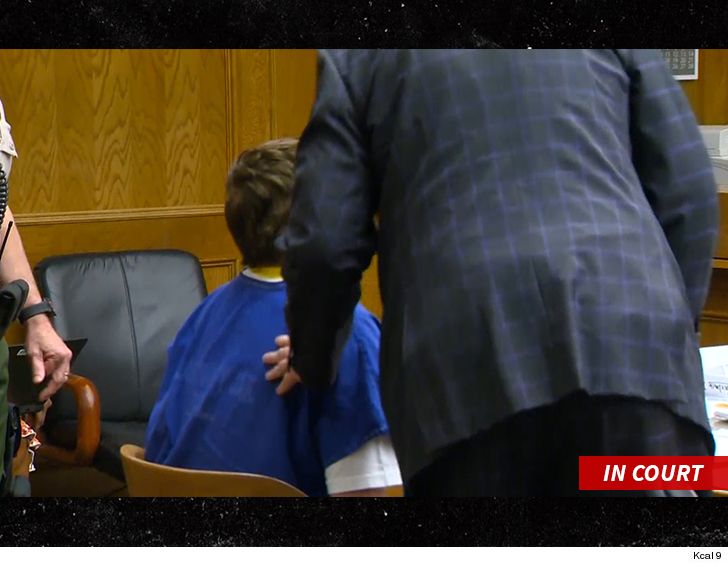 Disney star Adam Hicks made his first court appearance for his armed robbery case, and it's going to be a lot harder for him to bail out of jail.

We broke the story ... Hicks -- star of Disney productions like "Zeke and Luther" and "Lemonade Mouth" -- was arrested for committing or attempting to commit 5 armed robberies[1]. The 25-year-old and his girlfriend, who was also busted, allegedly went on a spree Wednesday morning ... brandishing a handgun while demanding money and property from victims.

TMZ posted video, allegedly of Hicks pulling one of the robberies[2].

The judge raised Hicks' bail from $350k to $550k. His gf, Danni Tamburo, posted $300k bail and was released. While in court, Hicks' attorney argued the alleged victims had not ID'd him as the suspect ... so he didn't want Hicks' face shown on camera. The judge agreed.

Hicks is still in custody.