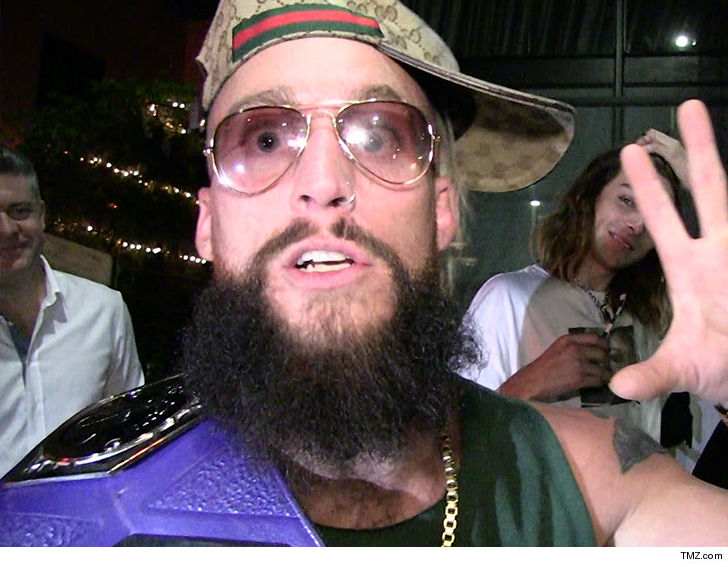 The Phoenix Police Dept. has opened up an investigation into allegations made by a woman who claims she was raped by WWE superstar Enzo Amore[1] back in October. The WWE has also suspended him indefinitely.

The woman went public with her story on social media Monday -- claiming Enzo (real name Eric Arndt) along with 2 friends got her "f*cked up" in a hotel room on Oct. 19 to the point where she passed out.

The woman claims Enzo then restrained her and, "it happened."

The Phoenix PD says officers responded to a local hospital on Oct. 23 for a call about a woman who claims she was sexually assaulted. Investigators were assigned to the case. The investigation is still open.

As for the WWE, the organization has suspended Enzo ... saying, "WWE has zero tolerance for matters involving sexual harassment or sexual assault."

"Until this matter is resolved, Eric Arndt has been suspended."