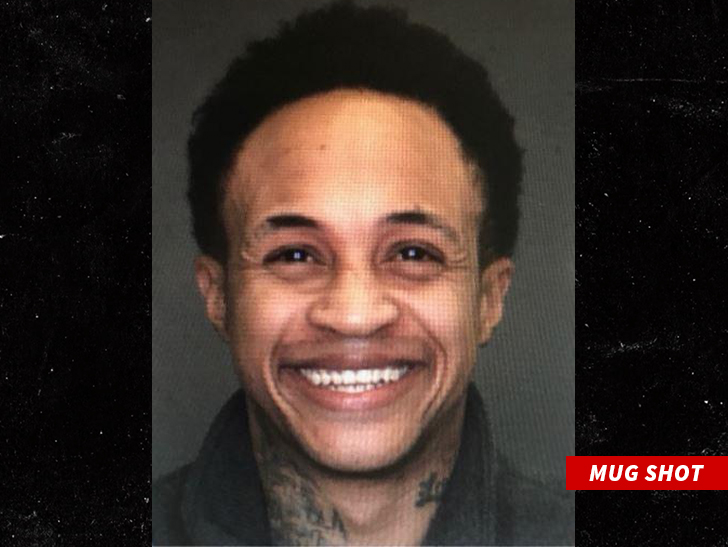 Ex-Disney star Orlando Brown[1] posed for this incredible mug shot after a family dispute led to cops arresting him for a completely different case.

Cops were called to the former "That's So Raven" star's apartment Thursday morning in Barstow where police say he, his girlfriend and her mother got into a heated shouting match. Cops say they checked the system and an active warrant popped up for both Orlando and his girlfriend's mother.

Orlando's arrest stemmed from when he allegedly struck his GF in a police parking lot last year in Torrance. It's unclear if it's the same girlfriend he was arguing with Thursday. He was taken to jail on battery against a spouse, resisting arrest and possession of a controlled substance.

He remains behind bars.