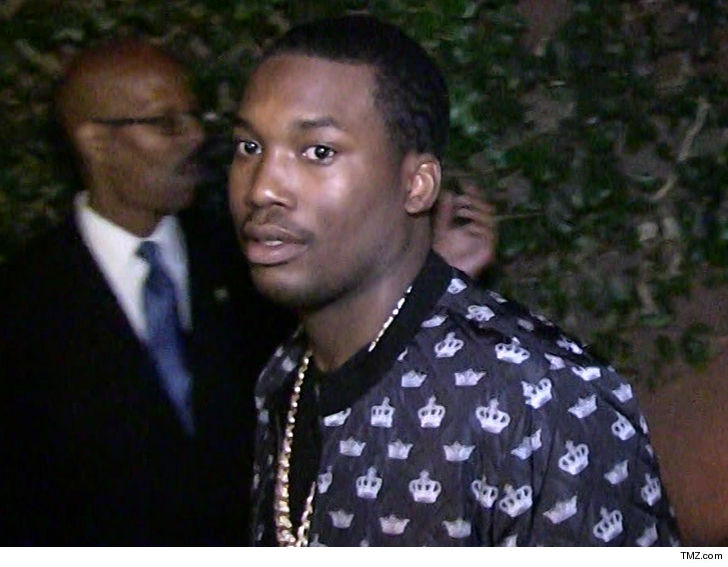 Meek Mill[1] is responsible for a fan getting shot at one of his concerts ... so claims the fan who is now suing him.

The concert in question[2] went down December 30, 2016 at the Oakdale Theatre in Wallingford, CT.  Two men died from the gunfire and 2 others were injured.

Dylan Thomas was shot in the leg, and claims Meek's responsible because he was the man in charge. Thomas goes on to say there has been violence at previous Meek Mill concerts, so he should have known the real possibility of more violence existed and therefore should have had more security.

The incident went down after the concert in a parking lot on the premises.

The lawsuit also names Roc Nation as a defendant, alleging it allowed "thugs" to remain on the premises after they had exhibited disorderly, disruptive, argumentative, angry, and/or agitated behavior.

Meek had been previously sued[3] by the family of one of the men who died, who claimed that the presence of "thugs" incited the violence. Meek responded that the "thug" fan reference[4] in that lawsuit was racist.