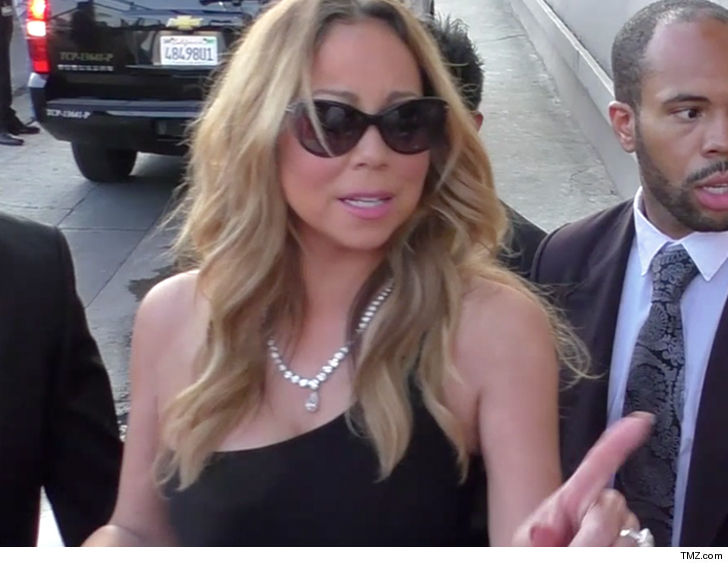 Mariah Carey[1] tried to pass the buck on South American promoters, laying the blame on them for her canceled 'Sweet Sweet Fantasy' gigs ... according to a countersuit they've just filed.

The promoter, Fenix, says it arranged for Mariah to play 2 shows on her tour -- one in Argentina and one in Chile ... but she pulled out. The "why" is what sparked this legal war. Mariah's company initially sued Fenix, claiming it didn't pay her for the shows and damaged her brand.

But according to the new docs, obtained by TMZ, Fenix says it had paid Mariah nearly 75% of what she was due for the concerts -- $703,100. The promoter says that was standard ops based on previous deals with Mariah's camp.

Devastated my shows in Chile, Argentina & Brazil had to be cancelled. My fans deserve better than how some of these promoters treated them. https://t.co/zuEXQL12Ek[2]

In the suit, Fenix says it believes the real reason Mariah bailed is because she had low ticket sales at 3 shows in Brazil. Further, Fenix says Mariah defamed them when she tweeted to her nearly 17 million followers at the time ... her fans "deserve better than how some of these promoters treated them."

The company is suing for at least $3 million. Mariah's lawsuit against Fenix is still pending.