Kathy Griffin Trump Beheading Has NO Place in Neighbor War 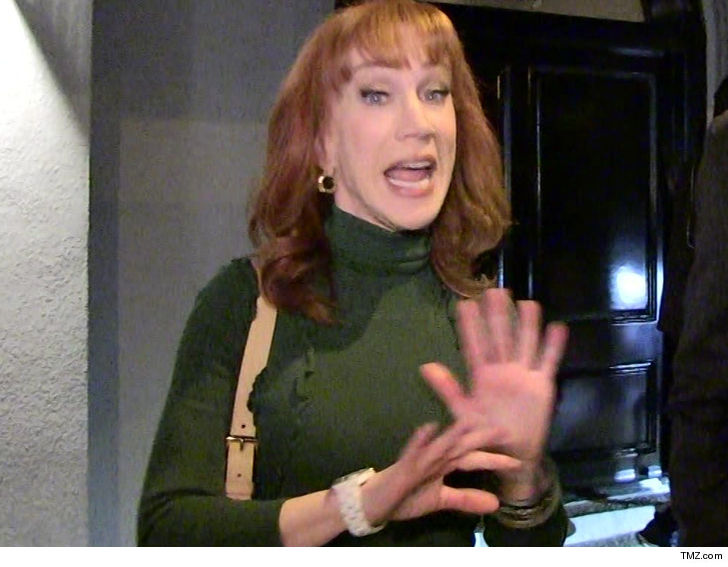 Kathy Griffin[1]'s drawing a line in her court battle with her neighbor ... and it has to do with the infamous Trump[2] beheading image.

Kathy filed docs in the ongoing war with Jeffrey Mezger, asking the court to block him from dragging her comedy act into their court case. According to the docs, Mezger wants Kathy's act -- including the photo[3] of her holding the "bloodied" Trump head -- to be used as exhibits.

Kathy says it's a blatant attempt to turn the case into a trial about her personality ... rather than focusing on the threats[4] Mezger allegedly hurled at Kathy and her boyfriend.

In addition, Kathy says her home security cameras -- which Mezger complains invade his privacy[5] -- are not hidden, and incapable of capturing any of Mezger's private conversations ... as he claimed. The judge ruled that Kathy can't use her security footage.

The judge still has to rule on the other motion.