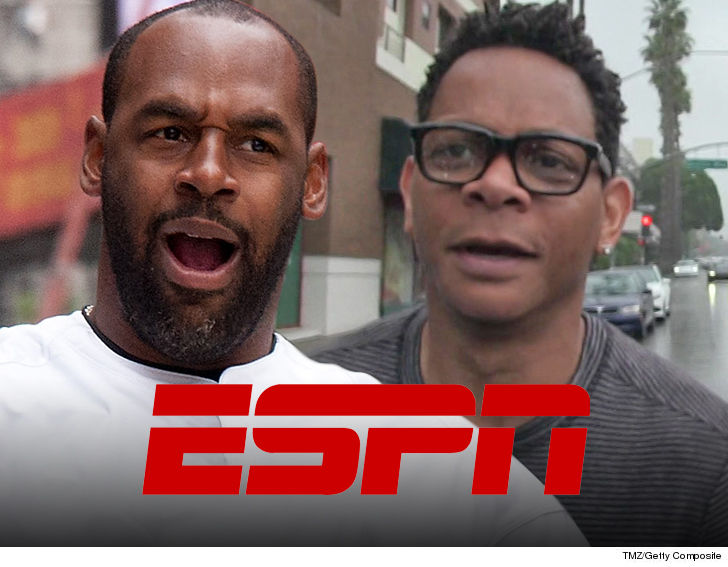 It's over for Donovan McNabb[1] at ESPN ... the network has officially cut ties with the ex-QB after an investigation into sexual harassment claims during his time at the NFL Network.

As we previously reported, McNabb was named in a lawsuit[2] filed by a former NFL Network wardrobe stylist who claims several famous employees harassed her ... including Marshall Faulk[3], Ike Taylor[4], Eric Davis[5] and Warren Sapp[6].

With regard to McNabb, the woman claimed he sent her text messages asking if "she was a squirter" and telling her she "looked like the kind of girl that squirted when getting f*cked."

McNabb and Davis had left NFL Network and got new jobs with ESPN -- but they were suspended by ESPN when they learned of the allegations against the 2 men.

Now, ESPN confirms both McNabb and Davis are no longer ESPN employees.