A Republican Nebraska senator introduced a bill on Thursday that ostensibly seeks to legalize medical marijuana in the state—but activists have ...
... Read more ...

Rich Rodriguez Accuser: He Grabbed Penis In Front Of Me, Players Sent Me Penis Pics

Rich Rodriguez Accuser: He Grabbed Penis In Front Of Me ... Players Sent Me Penis Pics 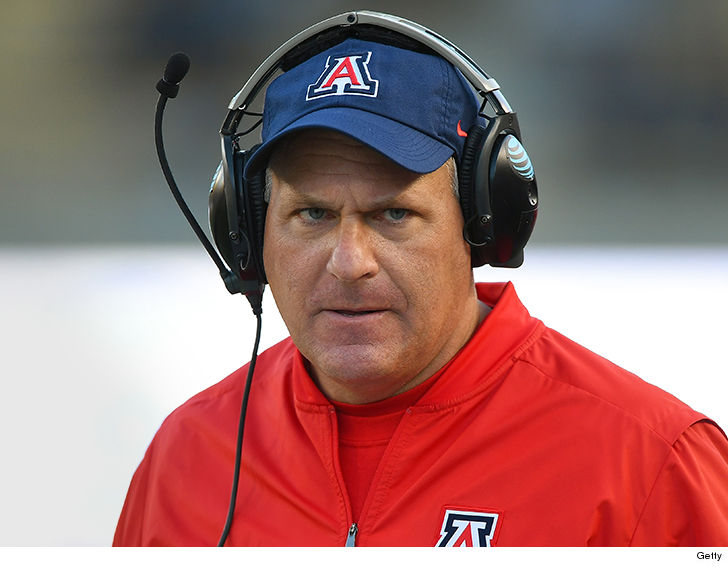 Rich Rodriguez's ex-assistant claimed the University of Arizona football coach terrorized her for years ... making several passes at her, forcing her to cover up his extramarital affair -- and grabbing his penis in front of her.

It's all laid out in the notice of claim she filed with the AZ Attorney General's Office -- the first step before filing a lawsuit.

In the document, both Melissa Wilhelmsen and her husband, Jason -- "a former Marine and DEA agent" -- describe Rodriguez as a monster who used his power to turn their lives into a living hell.

-- Melissa claims U of A football players sent her screenshots of their genitalia and made illicit overtures via text. When she asked Rodriguez to intervene, he ignored her.

-- Melissa claims Rodriguez asked her to get a sideline pass to a 2015 football game against USC for a "friend" who turned out to be his sidepiece. Rich's wife was also on the sideline that day. Melissa claims she had to stand between the women to prevent a confrontation.

-- Melissa claims Rich's wife grew suspicious about his fidelity and grilled her at a private 3-hour lunch in 2016.

-- Melissa claims over the years, Rodriguez made advances on her despite the fact she was married ... and tried to kiss her at least once.

-- Melissa claims Rodriguez pulled her into a closed door meeting and began "grasping his penis beneath his basketball shorts which were pulled all the way up" in Feb. 2017.

Jordan Cashmyer, who was featured in the 5th season of 16 & Pregnant, has checked herself into rehab. She was said to have hit rock bottom after losing her job at the gym. Then she reportedly became so intoxicated at her mom's house that she stumbled and busted up her face. We thought she hit bottom when she was knocked-up and homeless at 16... go figure.

Lindsay Lohan Arrested, Is This At All A Surprise?

Surprised? We're not! The poor "actress" hasn't been getting a lot of work recently, so it only makes sense that she should be getting arrested.

Ben Affleck announced he's just completed a stint in rehab. Sources told our friends at TMZ he was at a facility almost immediately after the Oscars. So he goes in... then he goes out... then he makes the big announcement. Who knew? More important... who cares?