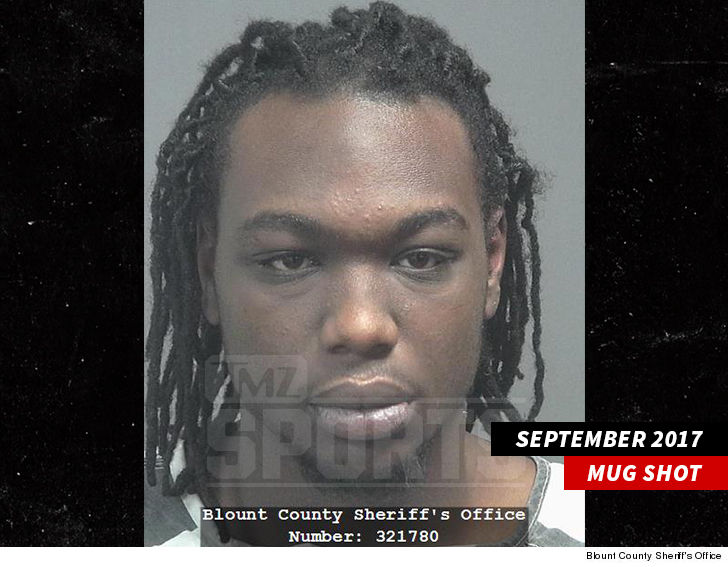 The fate of the "Last Chance U" football star accused of murdering an 18-year-old man will be in the hands of a grand jury -- the murder case is moving forward in just a few weeks.

Isaiah Wright [1]was a stud running back at East Mississippi Community College -- and came off as a really happy, sweet kid on the Netflix docu-series.

But in real life ... cops say he was involved in the stabbing death of 18-year-old Caleb Radford, who was attacked and killed in Blount County, Tennessee back in July.

Wright and his brother Camion were among 4 suspects arrested in the investigation. Officials dropped the case against Camion, but not Isaiah.

The 20-year-old is still locked up in Tennessee -- along with the 2 other suspects. Isaiah has been in custody since September.

Court officials tell TMZ Sports ... Isaiah's case will be heard in front of a Circuit Court Grand Jury on January 12. The jury will decide if there is enough evidence to indict him.

Attempts to reach a rep for Wright were unsuccessful.

The famous Hollywood actress Tara Reid is known as a hard party girl. She has been taking alcohol since long and has been found many times acting silly under the influence of alcohol abuse.

New Orleans police say an arrest warrant has been issued for actor Cuba Gooding Jr. after an incident at a Bourbon Street bar.

Here we go again. Another major corporation offending... well... just about everyone. Everyone that is except maybe pedophiles and teenage boys. With a highly sexualized underwear ad featuring a peek up a young girl's skirt, Calvin Klein has taken their edgy, often offensive ads in the past to new heights... or depending on your perspective new depths!

Actor Gerard Butler recently completed his stint at rehab. One of the ‘P.S. I Love You’ hitmaker’s representatives told Gossip Cop that he has finished the complete course of therapy successfully and has made his way home in better health and spirits.

Brooke Mueller, socialite (whatever that is) former actress and would-be real estate investor has checked into rehab to complete a six month treatment program.